In part 1 of this 2 part blog we explored two of the four most common childhood nutritional deficiencies, Zinc & Magnesium, and looked at some of their amazing roles in our body, described some possible deficiency signs and symptoms, and provided a list of foods where they can be found in higher amounts. Here we continue our exploration by delving into the next two most common childhood deficiencies – Iron and Vitamin D.

Let’s look first at iron as this is by far the number 1 nutritional deficiency in children.  Iron is an essential component of haemoglobin – the part of red blood cells that carries oxygen from the lungs around the body so that it gets where it needs to be. Without enough iron, the body cannot make haemoglobin and therefore fewer red blood cells are made.  The end result being that tissues and organs don’t get the oxygen they need. In addition to its role in hameoglobin synthesis and oxygen transport iron also facilitates immune resistance, it is a key element in respiration, skin and nail formation, synthesis of neurotransmitters and DNA to name a few more.  Heme iron is more bioavailable and better absorbed by the body and is found in meat, poultry and fish.  Non-heme iron is less bio-available and is found in fruits, vegetables and iron fortified foods.  Interestingly however, the absorption of non-heme (plant-based) iron increases as the body’s iron status decreases.  20-30% of total body iron is in the form of storage proteins – ferritin and hemosiderin.

Try making a mild vegetarian curry with your choice of lentils, chickpeas or beans, some leafy greens, broccoli and other vegetables that your family enjoy.  Alternatively, try making nut and/or seed balls made with apricots and blackstrap molasses.

Vitamin D has certainly gained a lot of attention in recent years. It seems most people are aware of at least 1 thing that vitamin D is good for – bones.  But as a fat-soluble vitamin and a hormone precursor to steroid hormones, vitamin D plays many roles within on our body.  In addition to being essential for the maintenance of bone and teeth mineralisation through the regulation of calcium and phosphorus homeostasis and for normal bone development and maintenance, vitamin D also regulates the immune system (so important these days!), promotes calcium absorption in the gut, modulates cellular proliferation, differentiation and apoptosis, reduces inflammation, contributes to heart and muscle action, affects brain function and development and contributes to mood by modulating neurotransmitter release.

Some of the signs of a vitamin D deficiency and factors that increase the demand of vitamin D include pregnancy, exclusively breastfed infant in a vitamin D deficient mother, frequent illness and low immune system, autoimmune disease, frequent bone fractures, dental caries, food allergies, atopic eczema, asthma, attention and focus issues, ADHD, anxiety, depression, OCD, Crohn’s disease and ulcerative colitis, people with dark-skin, hypoparathyroidism, insulin dependent diabetes, intestinal disorders, kidney, pancreas and liver disorders, multiple sclerosis, lack of exposure to sunlight (through avoidance, overuse of sunscreen, clothing that conceals the body and/or environmental conditions such as geographical locations and season), veganism and vegetarianism, as well as use of some medications.  Severe deficiency is related to rickets (in children), osteomalacia (in adults) and muscle pain and weakness.  There are no specific physical exams finding relating to Vitamin D (unless rickets is obvious in children).

Since vitamin D is synthesised by the action of sunlight on the skin, the best source of vitamin D is good old sunshine!  For fair to medium skinned people, 15-20 minutes out in the beautiful sunshine around midday should suffice.  People with dark skin however will require more.

Before you slip, slop, slap (sorry for those of you not in Australia whom the reference is lost on), let your children spend 15-20 minutes playing sans sunscreen 2-3 times per week.  In the wintertime however, supplementation will most likely be required depending on where you live and your lifestyle.

So there you have it, the 4 most common childhood deficiencies – Zinc, Magnesium, Iron and Vitamin D.  If you suspect your child is deficient in any vitamin or mineral it is important to get further advice to confirm a diagnosis and a specific treatment that is appropriate to you.

Getting Your Child To Take Supplements

Supplements and herbs can have amazing benefits but only if they are taken in the doses prescribed. This is not always easy when children are involved. Things such as taste and texture can have a huge affect on whether a child will agree to take their supplements. This means as parents we may need to get a bit creative and look for imaginative ways of disguising these supplements. Below are some handy tips to have up your sleeve when you find yourself in this position. 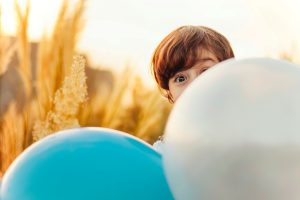 Getting children to eat a balanced and healthy diet can often be extremely challenging. Sometimes even getting your child to eat can be the challenge. Nutrient deficiencies can occur for a variety of reasons e.g. weak digestion, malabsorption issues, nutrient deficient soils in which our fruits and vegetables are grown to name just a few.

Contact me to book a naturopathic consultation or yoga class.
I will help guide your family to true wellness!